THE KRIO IN THE GAMBIA AND THE CONCEPT OF INCULTURATION

This article presents a case study of the Krio in The Gambia and the questions their existence poses to the concept of inculturation.

It begins with a historical sketch of the Krio and a description of their culture, after which some systematic questions with regard to inculturation are posed. The Krio in The Gambia, sometimes also called Aku or Creoles, form a most remarkable group.’

They are not an ethnic group in the strict sense, as they originally come from a variety of ethnic backgrounds. Nevertheless, the Krio form a distinct group in Gambian society and in their self-description the Krio see themselves as belonging to the Aku ethnicity.’

Besides, they do have some of the characteristics of an ethnic group. The Krio have a common history related to the slave trade, a common language sometimes called Krio

According to Wyse the name Krio is derived from the Yoruba expression Kiriyo, meaning: ‘to walk about and be satisfied’. According to Wyse it refers to the habit of the Liberated Africans in Sierra Leone (a considerable part of whom were Yoruba) to visit each other after church on Sunday when Christians or after the Friday Prayers when Muslims. He denies a linguistic connection between Krio and Creole.

The term Creole according to Wyse was meant for children bom from the Settlers and Liberated Africans. The word Aku can also be traced to the Yoruba language. The word ‘Aku’ seems to have been a Yoruba greeting, by which Liberated Africans from Yoruba origin greeted each other.

These people came to be known as the ‘Aku’. Apart from the ‘Aku’, there were among the Liberated Africans, Ibo and Moko from Cameroons, Paw-paws (Popo) who originated from Benin, Housa (Hausa) from Northern Nigeria and Congo from the people from Congo. From 1840 onwards the Liberated Africans organized themselves according to ethnic backgrounds in ‘Friendly Societies’ or ‘Companies’. These societies were initially meant as self-help groups. Later, from the 1860s onward these companies also got a social-political dimension and were means to lobby with and make critical remarks about the government.

As time went by the original ethnic differences disappeared and all Liberated Africans came to known as ‘Aku’. or Aku’, shared moral and ethical standards and to some extend also a common religion. The history of the Krio goes back to the period of the slave trade when millions of Africans were taken into slavery to work in Europe, America and the West Indies. From the mid 18th century onwards humanitarian and Christian groups in Britain and America, among which the Methodists, the Quakers, the Baptists and the Anglican Clapham Sect, joined their efforts to abolish slavery in what came to be known as the Abolitionist movement. The names of William Wilberforce, Granville Sharp, Charles Grant, John Venn and Zachary Macaulay need to be mentioned here as leaders of the British abolitionist lobby. 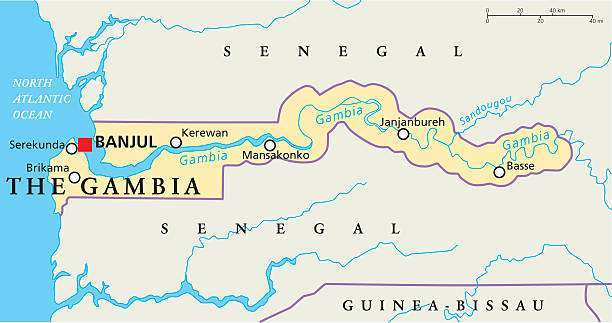 The abolitionist issue was not just carried by a small intellectual elite but was widely supported by Christians all over in England. Driven by humanitarian motives on the one hand and the Christian belief that all people are equal before God on the other, the Abolitionists put pressure on the governments to abolish the slave trade.

Aware that changes in the West were not enough to end the slavery, and that there was also an African side to the issue, they designed a plan for the African continent which came to be known by its abbreviation: the three CCC’s. It meant civilisation, christianisation and commerce. The slave trade was to be replaced by legitimate trade, hence the stimulation of legitimate products such as peanuts, cocoa, cotton, oil etc. and the cultures which had brought forth a climate in which slavery was condoned, had to be changed by civilisation through Christianisation. Thus education and mission played a crucial part in the plans of the Abolitionists in changing the mentality in Africa. In order to make a start with the civilisation of Africa, British philanthropists, belonging to the Abolitionist Lobby purchased as ‘a province of freedom’ a piece of land in Sierra Leone. There, liberated slaves from America and England, who had been exposed to Christianity and Western civilisation, could form the nucleus of a new African society. It was the beginning of what Ajayi called the creation of a middle class in Africa.

From 1787 onwards groups of freed Africans started returning to Africa. The first to arrive ‘back home’ were people known as the Black Poor from England, followed by the Nova Scotians from Canada in 1792 and the Maroons from Jamaica in 1800. The Black Poor and the Nova Scotians were Christians at arrival whereas the Maroons were not and initially resisted any kind of Christianisation.

Oba Abolade was installed according to the yoruba tradition and cultural rites in 2012, three yoruba kings from Nigeria was said to be present as a witness to the coronation.

The Yoruba people in the West African countries of Gambia, Sierra Leone and part of Liberia are called ‘Oku’ or ‘Aku Marabou’. There are about 25,000 of them in the Gambia and Sierra Leone alone. They are descendants of educated, liberated Yoruba Muslims from Nigeria, who was released from slave ships and resettled in Sierra Leone as Liberated Africans or came as settlers in the mid-19th century and later spread to the Gambia.

Though sources say 99 % of them are following the Sunni tradition of Islam. They are known for their deeply conservative and distinctly Yoruba traditions including the acceptance of cliterodotomy ( female circumcision) and polygamy.